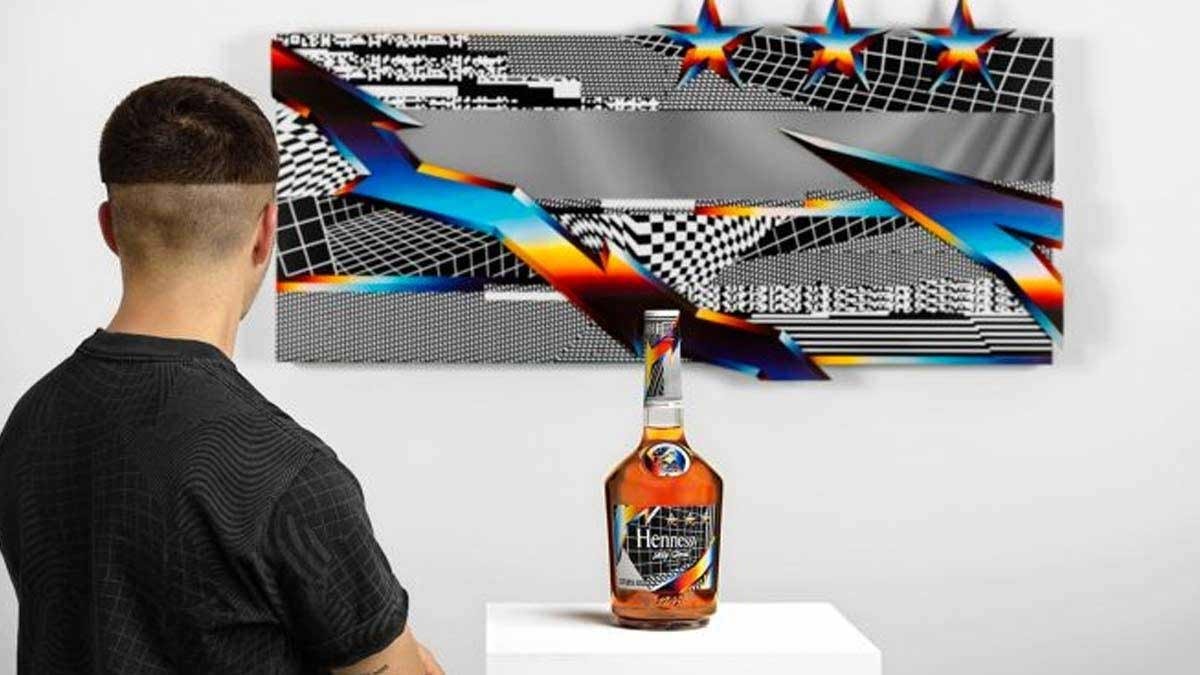 This year, Hennessy has called on the Iberian artist to design the dress for the VS limited edition. The graffiti artist has put all his mastery of optical art and kinetic art into a bottle that, once again, is off the beaten track.

After the superb original creations of Shepard Fairey, Ryan MacGinness, JonOne, Vhils or Futura 2000, Felipe Pantone has sevi. A native of Buenos Aires, he grew up in South East Spain where, at the age of 10, he tried street art. Pantone creates a signature of its own and is particularly noted in Valencia by some works between vintage typography, optical art and kinetic art. Avant-garde, a kind of modern Vasarely, the artist is exhibited in contemporary art museums around the world and has the particularity of never showing his face. For Hennessy, he first immersed himself in the written, visual and taste story of master assembler Renaud Fillioux of Gironde. Notably inspired by the 3-star motif used in the past by Maurice Hennessy, Felipe Pantone then combines its technicality, its color palettes and its taste for optical effects in three dimensions. “He gives his imprint with a flash that crosses the canvas, an element of his work, symbolizing the speed of the digital era,” said Hennessy teams. Transposed on the label of Hennessy Very Special, the lightning that reflects the artistic identity of Felipe Pantone, becomes a skillful metaphor for Hennessy’s know-how to remain forever in the era of time, through the centuries ” . Inside the bottle, the cognac remains the same.