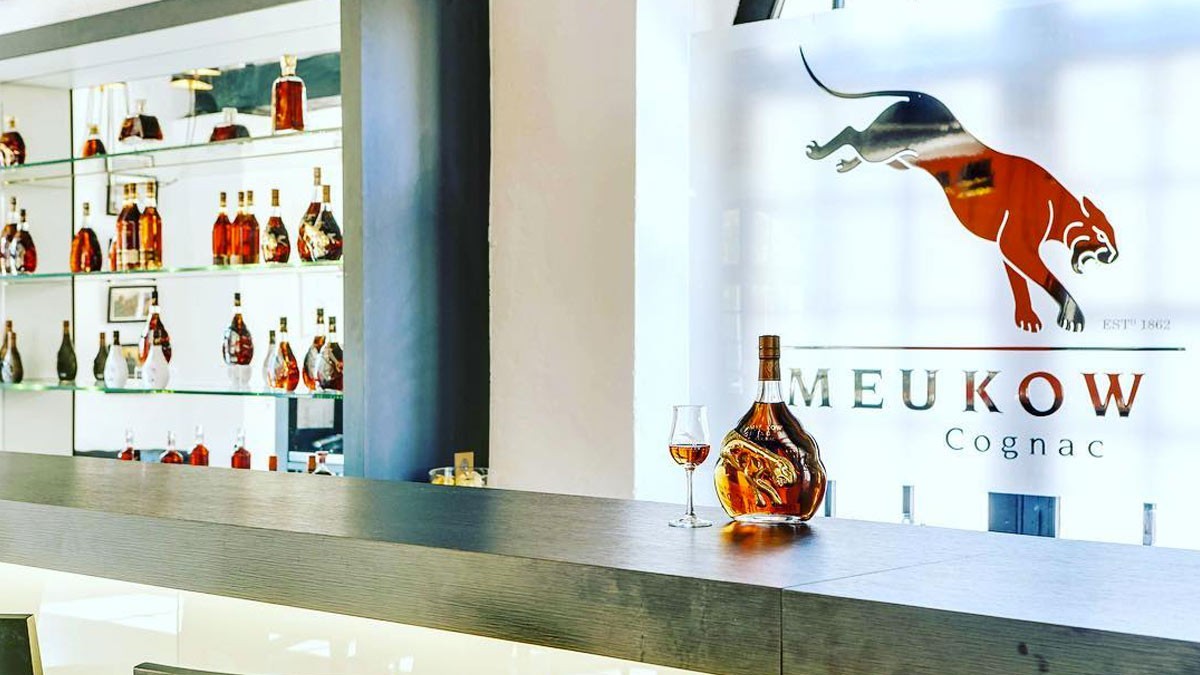 Meukow, a great name in cognac

Meukow is an independent and family business that has been able to impose its name and style for more than 150 years thanks to the quality of its cognacs and the construction of a recognizable identity. 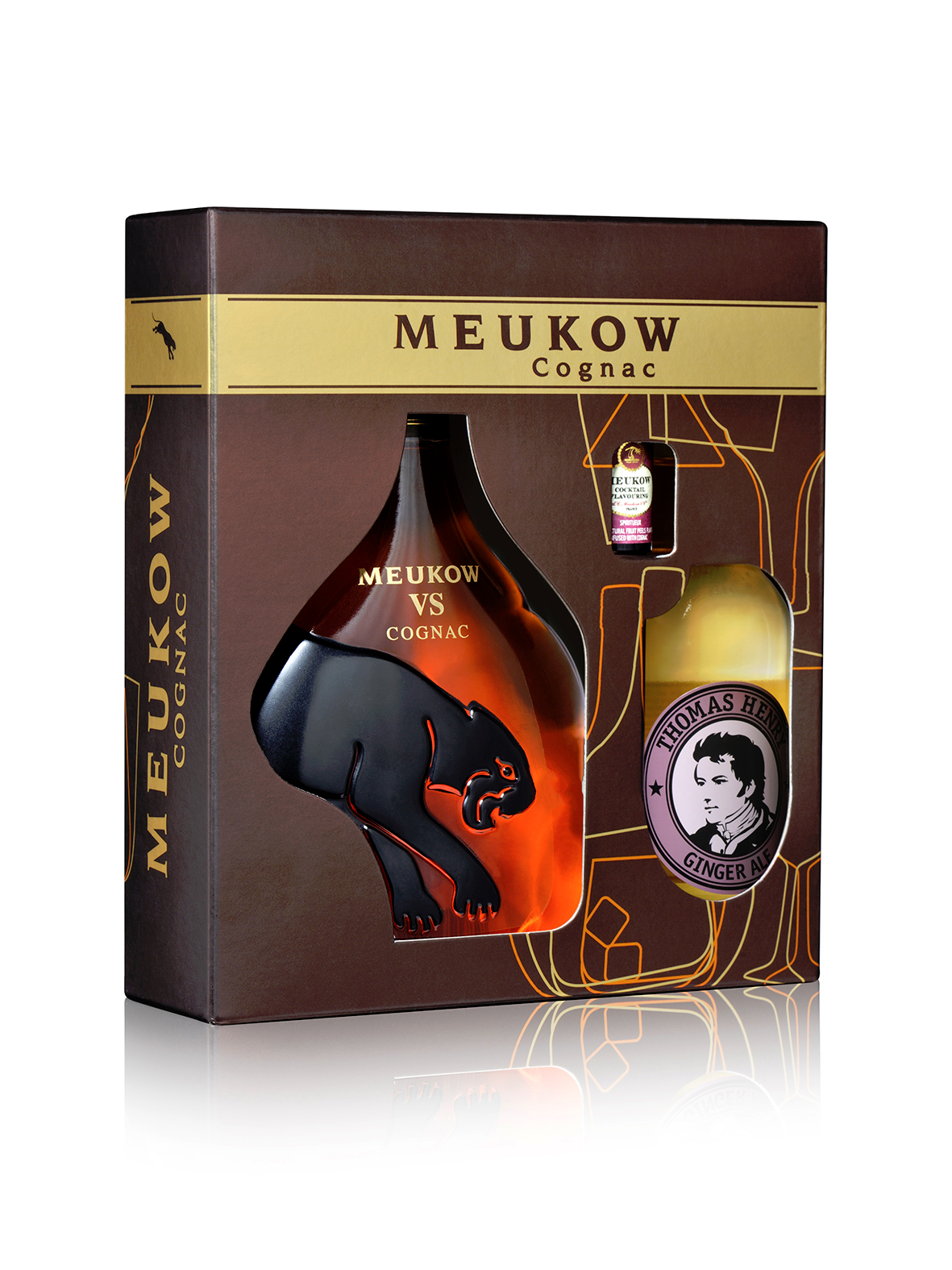 To trace its history, we have to go back to the 19th century. At that time, Auguste-Christophe and Gustav Meukow, two brothers from Silesia, were in charge of supplying the Russian court of Tsar Alexander II with brandies made from cognac. In 1862, after several trips to France, they founded the company A.C. Meukow & Co in the heart of the city of Cognac.

In 1979, Meukow joined the independent family group Compagnie de Guyenne, founded ten years earlier by Michel Coste. It will become the most emblematic brand. Today, led with passion by the founder's children, Philippe Coste, Marie-Laure Brugerolle and Céline Viard, as well as by the grandchildren, this group has been the backbone of the Meukow house for 40 years.

Since its inception, Meukow has enjoyed great success in France and around the world. In 40 years, the Coste family has made it evolve and grow. It has also completed giving it a strong identity by drawing the outlines of its very special emblem: the panther. Inspired by the typical qualities of cognac, strength, elegance and suppleness, this animal was conceived by Michel Coste. Like cognac, its colour alternates between bright and matt rets and varies according to the light. And this is the Meukow style: a perfect balance between strength and suppleness, with a range of cognacs that are revealed through an organoleptic palette of great richness. 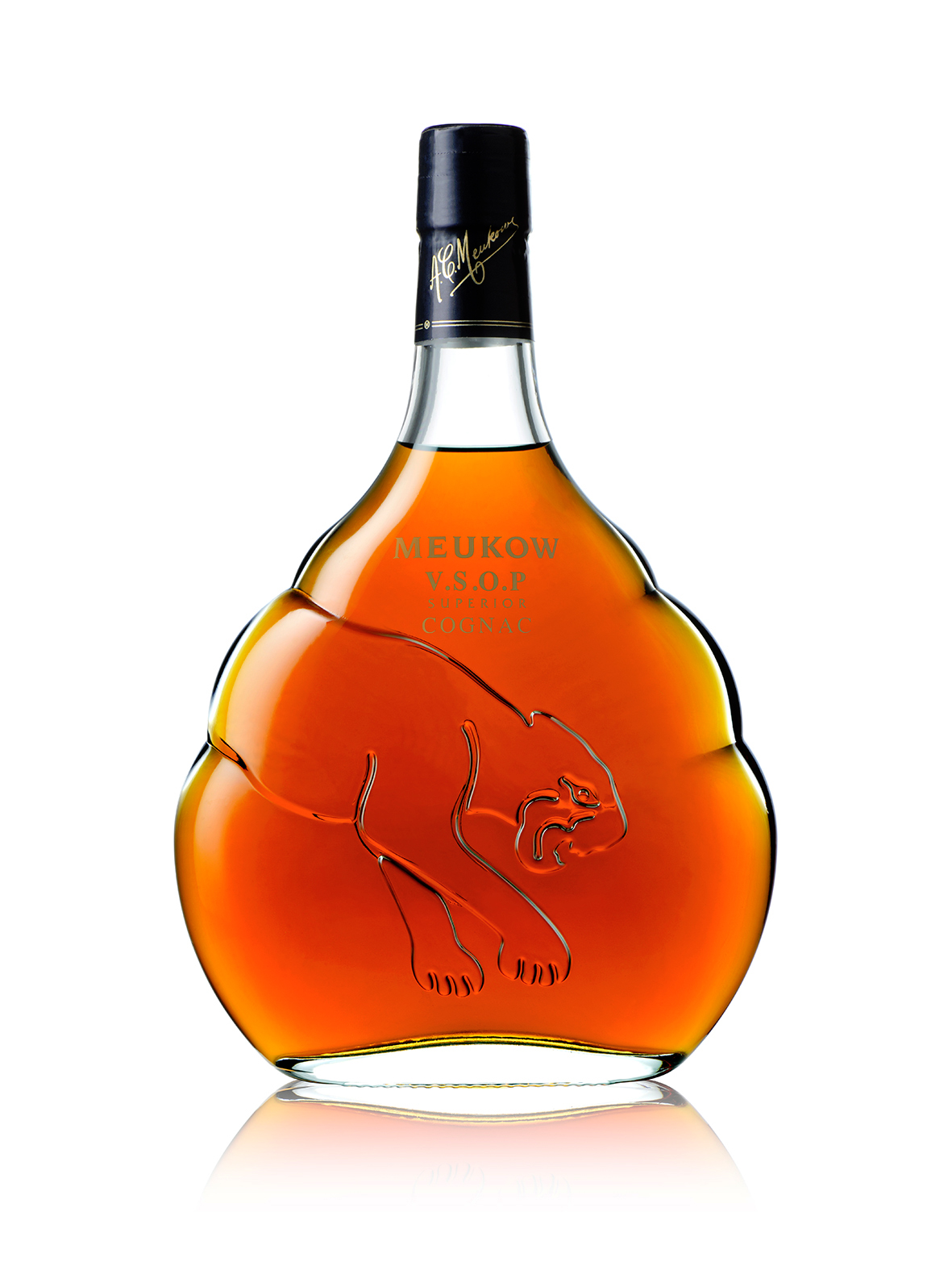 A decanter with a unique design and character

Emblematic, the panther has enabled Meukow to stand out for 30 years. The panther first appeared in 1993 on the bottles in the range.

It sometimes appears black, sometimes transparent, or hand-painted in 22-carat gold. This unique design has earned Meukow two Gold Pack Awards from the National Institute of Design and Packaging. This strong visual identity, close to the codes of luxury, makes the Meukow bottle a refined design object and the promise of a unique tasting experience. The webbed arm, the historical logo of the Meukow company, is also still present on the vials.

A COGNAC HOUSE, RENOWNED THROUGHOUT THE WORLD

The Meukow brand is now distributed in France, of course, but also and above all in more than 80 countries. It must be said that cognac remains the leading export of wines and spirits, even ahead of champagne and Bordeaux wines. This reality testifies to the attraction for a certain French savoir-vivre, still highly sought after by international consumers. Of the more than 200 million bottles of cognac sold in 2018 worldwide, all brands combined, 87.4 million were shipped to the United States, 27.2 million to Singapore and 24.2 million to China.

Founded in 1862, Meukow is located in the heart of the city of Cognac and has belonged to the Compagnie de Guyenne since 1979. This cognac brand stands out for its strength, elegance and suppleness through its VS, VSOP and XO vintages. Meukow offers many original creations in an iconic carafe characterized by its emblematic panther. Several times rewarded by the profession, its cognacs are appreciated all over the world. From its bold "Xpresso" to its "Extremely rare", they are declined with know-how and passion through a rich organoleptic palette that seduces lovers of excellent spirits from all over the world. 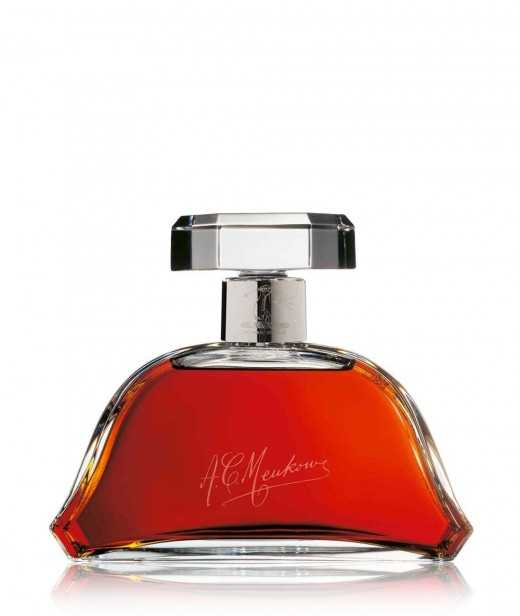 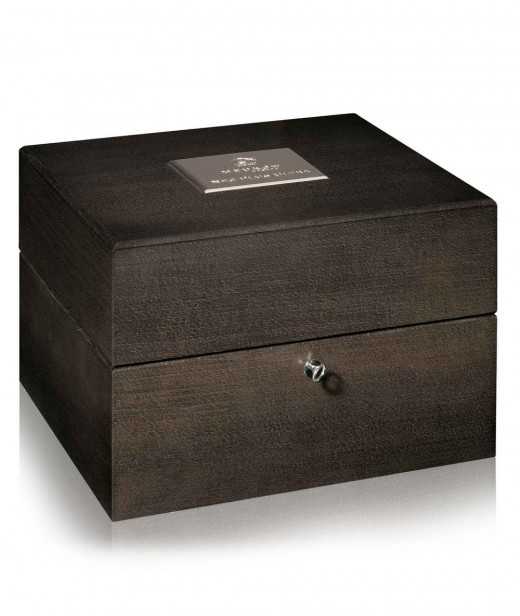 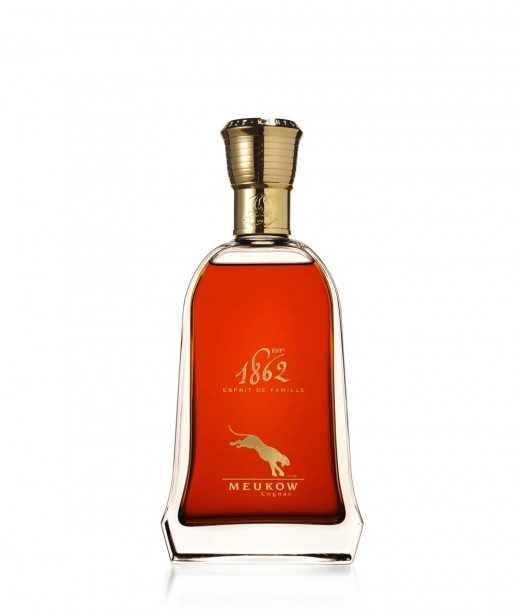 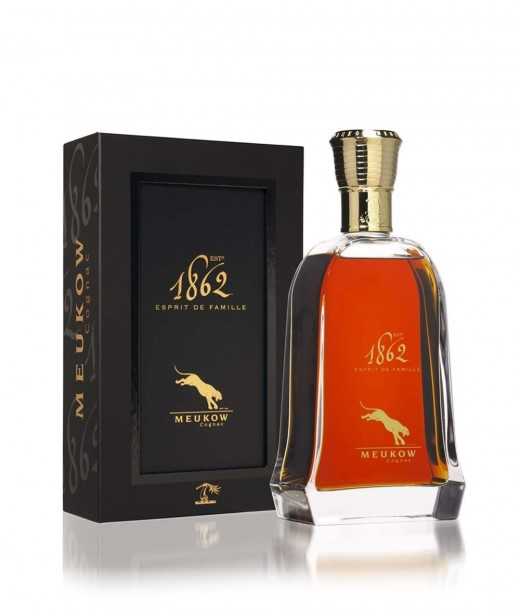 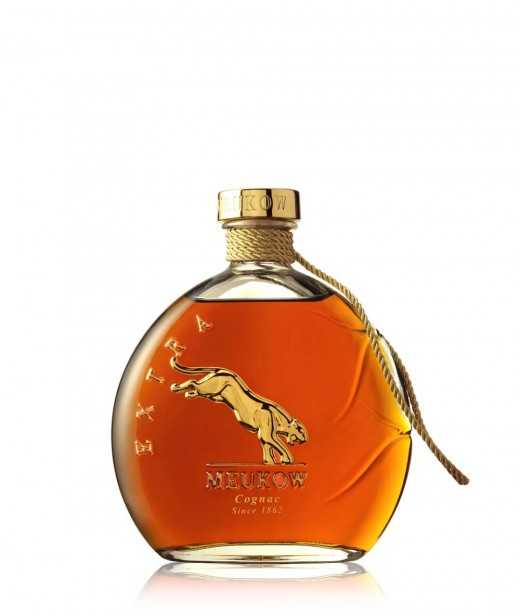 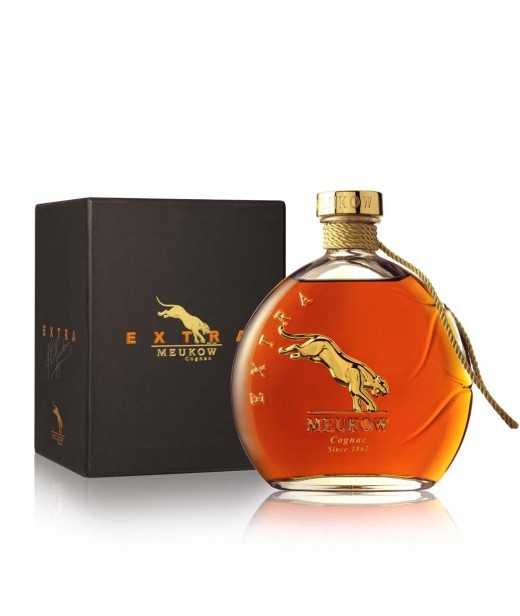 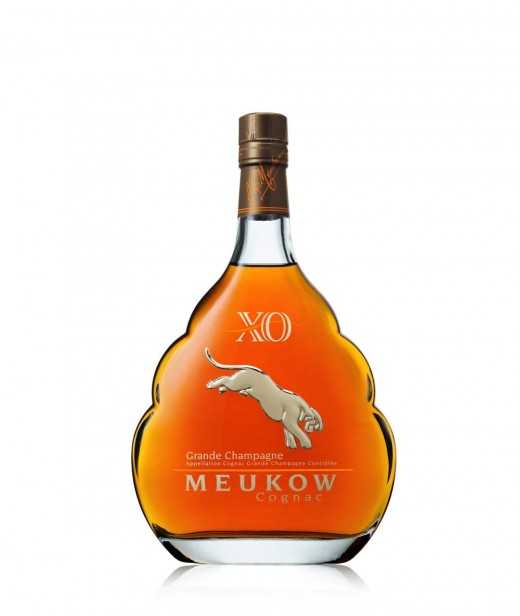 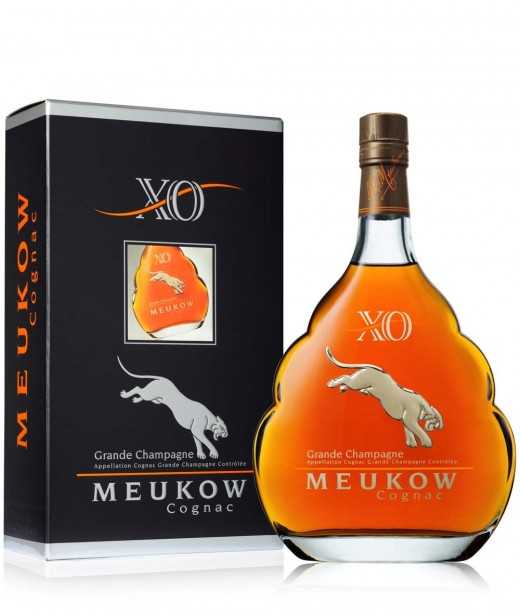 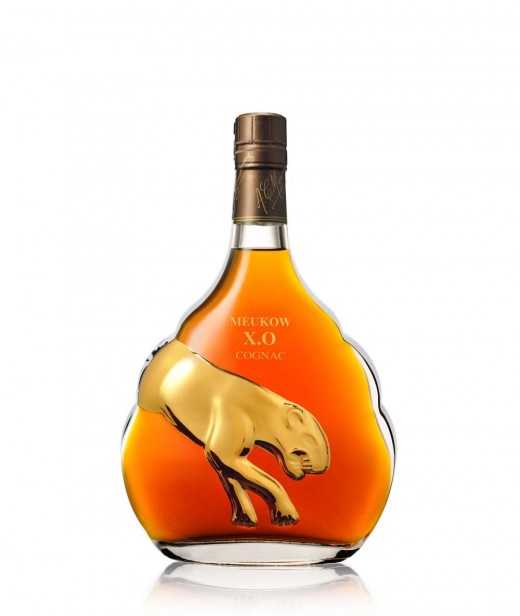 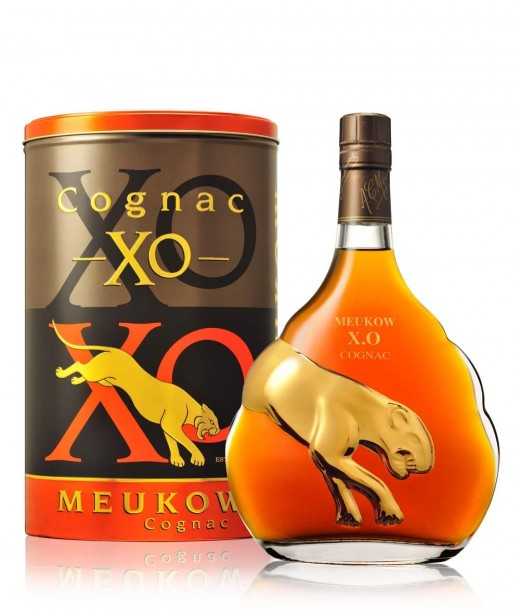 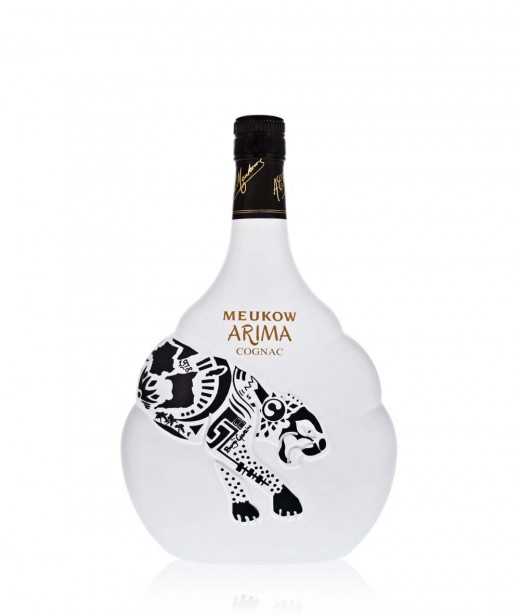 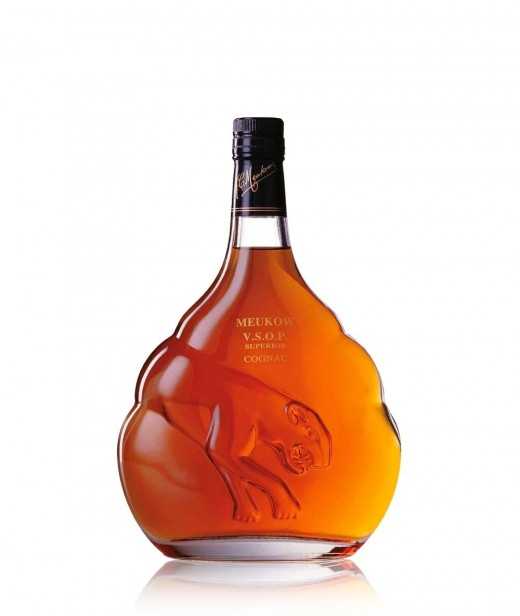 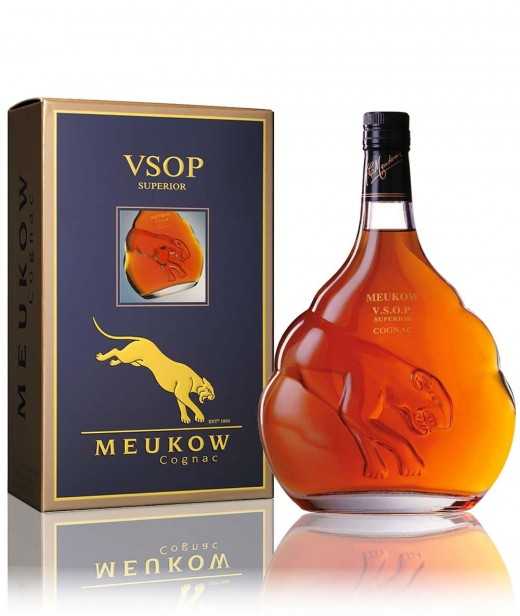 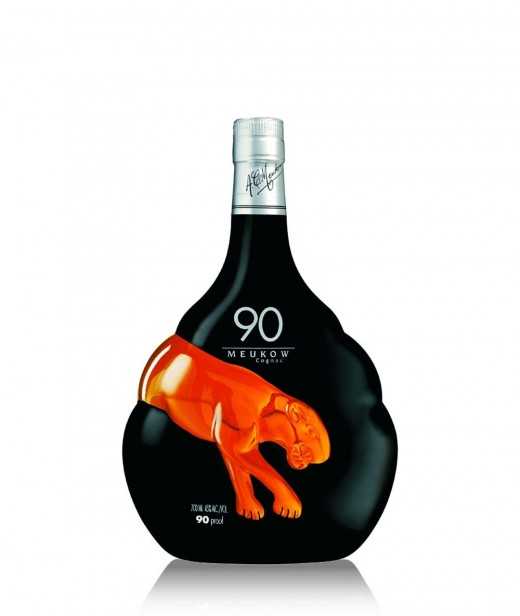 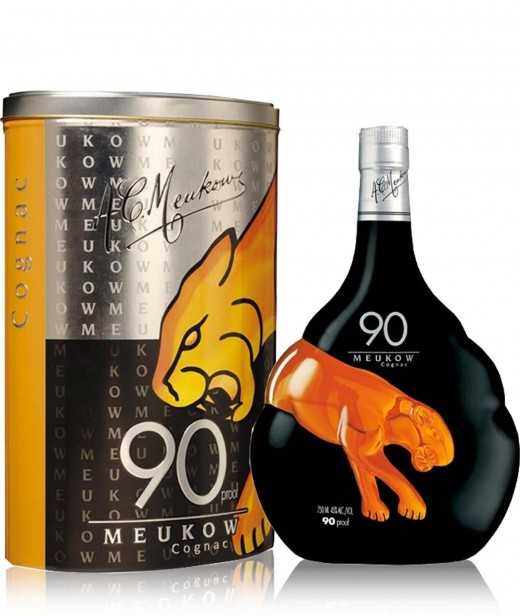 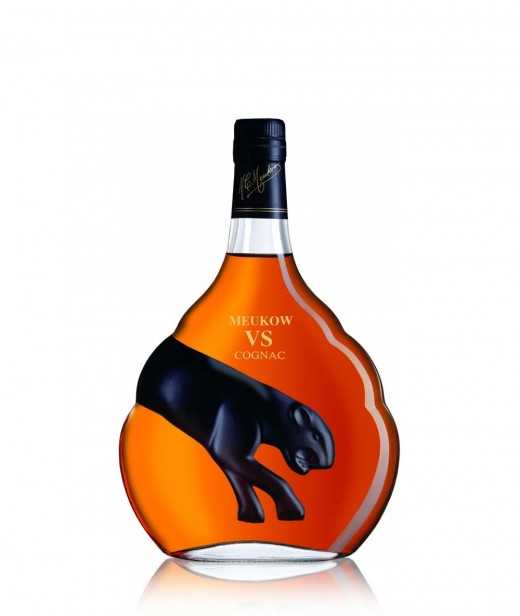 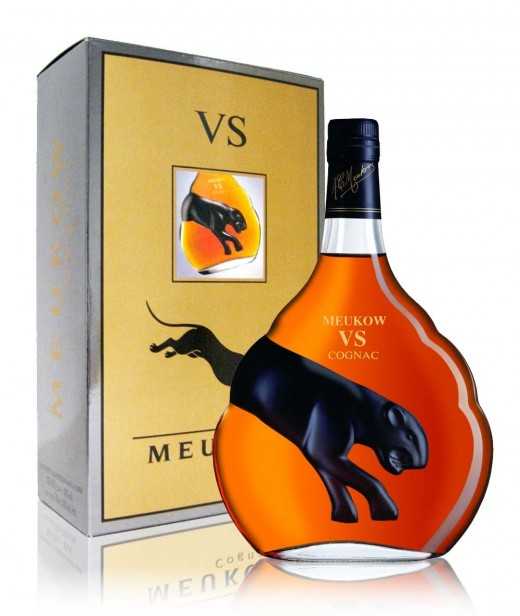