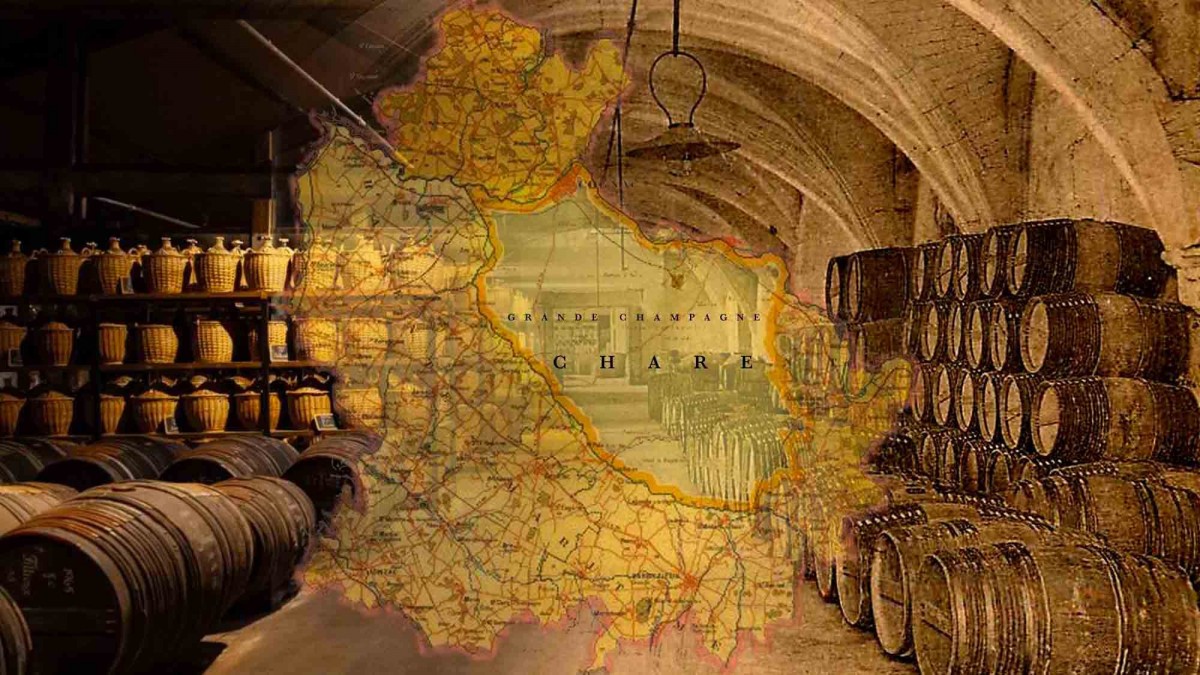 The History of Cognac

Cognac, this exceptional French wine brandy famous all over the world.

A prestigious alcohol that has been appreciated for centuries in every country in the world, made only on French soil. Resulting from distillation and a unique knowledge protected by an AOC thanks to the Bureau National Interprofessionnel du Cognac (BNIC). A spirit that combines elegance and finesse, placing it at the forefront of spirits.

The last century saw the birth of all the French know-how, luxury and refinement concentrated in an exceptional eau-de-vie. Merchants from the four corners of Europe contributed to the notoriety of Cognac by exporting this little gem out of France. Its history, forged with unparalleled celebrity in terms of luxury and elegance, is hidden through its vineyards and cognac houses.

A heritage handed down from generation to generation through the ages perpetuating the traditions and values of their trade in a sector respected throughout the world.

Before beginning the history of Cognac, we must first thank Emperor Probus (3rd century AD) who re-authorized the Gauls of the region to plant vines and produce wine.
Indeed, before this time, one of his predecessors, the Roman Emperor Domitian, had forbidden to plant vines and even ordered to pull up about 50% of the Mediterranean vineyard which competed with Italian wines.

As early as the first decades of the 11th century, the town of Cognac already distinguished itself by its wine trade, in addition to the flagship activity of salt through its warehouses of the time. The vineyards gradually spread from the Poitou region, where the Dutch came to fetch salt from the coast, appreciated by the countries bordering the North Sea. This is how the first commercial exchanges in the Charente Basin were born during the Middle Ages.

Trade follows its course, it experiences an important boom during the Renaissance. The Dutch ships multiply the voyages which makes the trade very active in the region for the exports of salt, paper from Angoulême and Cognac wines especially called by the king of Franc Henry IV to help in the development of the Marais Poitevin.

However, the length of the sea voyages degrades the quality of the wine from an already low alcohol content. The Dutch decided in the 16th century to distil the wines of "Champagne" and "Borderies" the Cognac region in order to preserve them as well as possible. This is how the art and knowledge of distillation was born on their soil and to safeguard them. This transformation into burnt wine is called "brandwijn" which will then evolve into "brandy". They drink it lying down with water, thinking they are back to the original wine.

The double distillation of Cognac

The installation of the first stills in the Charente by the Dutch allowed eaux-de-vie to travel in concentrated form and therefore cheaper to transport. The double distillation thus appears naturally in the region offering an unalterable brandy which will be refined and improved over time by the French winegrowers who will master the know-how of this double distillation. The stills will also be improved there and following the delays in loading and the accumulation of stocks of oak barrels (from Limousin), one begins to notice the improvement of this brandy which naturally matures with age and time.

Indeed until now, the distillation of a single toast made what is called brouillis, tasted and accompanied by aromatic plants.

According to the legend, the double distillate process was thought up by the Lord of Segonzac, Knight of the Marine Cross. A pious and somewhat poetic man, who dreamt that Satan was trying to steal his soul by boiling it and saw himself in a dream in the cauldron of the Evil One.  His faith being so deep that the soul of the Knight resisted the first "boiling". The Evil One, in order to achieve his ends, was obliged to subject it to a second "cooking". When he woke up, the Chevalier had the idea of extracting the soul from the eau-de-vie with a second distillation.

The recognition of Cognac

It was in the 18th century that the first epics of Cognac appeared. The strong demand gave rise to the first trading businesses, the "Comptoirs" were created, and the market was organised in the main towns of the region, most of which were Anglo-Saxon. The big houses are born, collecting the eaux-de-vie to ship them to the countries of Northern Europe.

It was then that Diderot, the great philosopher of the Age of Enlightenment, mentioned Cognac as being "famous for its brandies".

Soon, the markets of the Far East and America developed and added to the regular relations of European buyers.

Birth of trading houses
and the Cognac appellation

During the 19th century, Victor Hugo even called this spirit "Cognac, the liqueur of the Gods".

The Houses of Cognac
It is through a tumultuous period with seven political regimes, two revolutions, alternating periods of liberalism and protectionism, that France saw the birth of other historic Cognac houses :

The appearance of bottles
The region saw the birth of many trading houses, taking the habit of shipping eaux-de-vie in bottles and no longer in casks. Thus this new form of trade gave rise to related industries: Glassworks, crates, corks, printing etc. in order to enhance their "brand".

A historic loss of vines
At the end of the 19th century, production was in full swing with records of over 280,000 hectares of vines planted in 1876.

But while the winegrowers were reaching new heights, an epidemic coming from America was ravaging almost all the region's vineyards. Indeed, in 1893, the phylloxera crisis decimated the vines, leading to the uprooting of the Folle blanche plantations, bringing the harvest area to 42,000 hectares. This was a hard blow for the industry, which replaced the grape variety and slowly rebuilt itself with more resistant American plants. The Phylloxera vastatrix attacking the vines by sucking the sap from its fragile roots is leading to the planting of new plants.

The first interprofessional initiative
In 1888, this drama gave birth to the Viticulture Committee which then gave the name of Station Viticole in 1892.

In order to find a variety of vines resistant to the insect, Pierre Viala, Professor at the Montpelier School of Agriculture, was sent on a French mission to the United States in search of the best plant in 1887.

This new plant brought back was to be grafted to the grape varieties and thus benefit from the resistance of American vines to phylloxera, while maintaining the quality of the French production varieties.

But this remained a failure since the first rootstock trials did not resist the too calcareous soils of the Charente. It was therefore necessary to look for other chlorosis-resistant varieties. After many years of effort and patience, the economy of the region gradually recovered at the end of the century.

The rebirth of Cognac

"What doesn't kill me makes me stronger."
The Ugni Blanc grape variety has gradually replaced the traditional grape varieties (Colombard, Folle Blanche...) weakened by grafting. Grafting is now used for more than 98% of the production of cognac.

It was at the Universal Exhibition of Saint-Louis in 1904 and Brussels in 1905 that the monopoly of the Cognac appellation was discussed.

When the guns of the First World War sounded, only 1/16th of the vineyard had been replanted. The producers had a lot of work to do to return to their former prosperity, despite significant reserves.

A protected name
In 1929, the period of crisis also brought its share of difficulties. The word "Cognac Charentais" became protected following the Treaty of Versailles, which was opposed to the German "Kognac" which became illegal.

France has been able to establish itself on the globe since this treaty and its exclusive rights to the Cognac appellation.

Cognac legislation has been put in place to enshrine local, loyal and constant customs:
- The geographical area of production becomes delimited :1st May 1909
- Cognac is recognized as an AOC (Appellation d'Origine Contrôlée) : 1936
- The Crus (regional appellations) are delimited: 1938

Birth of the BNIC (Bureau National Interprofessionnel du Cognac) - 1946
In order to avoid the looting and ransacking of the product, the occupation authorities therefore ensured that a minimum of activity and flow was preserved, and by mutual agreement, the French and Germans created the "Bureau de Répartition", which became the B.N.I.C.. (Bureau National Interprofessionnel du Cognac).

At the beginning of the Second World War, the Germans and the French created the "Bureau de Répartition des Vins et Eaux-de-vie" in order to preserve the stock and avoid the looting and sacking of cognac. It was in 1946, after the Liberation, that the Bureau National Interprofessionnel du Cognac (BNIC) took over its previous appellation, to which the Station Viticole was attached in 1948.

The end of hostilities was to mark the beginning of a magnificent era of prosperity for this noble Charente spirit. The stages of cognac production are now subject to regulations designed to set the rules of production and protect the product, whose reputation is becoming increasingly well known. The worldwide sales figure increased fivefold in 25 years, from 1947 to 1972.

The region has been experiencing crises and periods of euphoria since 1974 and is trying as best it can to cope with the beginning of the 21st century.

The epic of Cognac

Record exports of Cognac
Due to its history, more than 90% of Cognac is still exported to foreign countries.

Nowadays, its export to foreign countries extends its progression. More than 211.1 million bottles of Cognac are sold abroad during the period 2018-2019. That is an increase of 2.5% over last year, which makes the players in this jewel want to work together!

A reputation on all continents
Cognac is exported to more than 160 countries around the world, which represents a consumption of only 2% of the Cognac on its production ground. More and more, all Cognac players as well as iCognac.fr are trying to rekindle the flame of their protégé in France. More consuming countries can be observed, such as NAFTA (Mexico, Canada, United States) and the Far East (Japan, Thailand, Taiwan, Malaysia, South Korea, Hong Kong, Singapore, China). Today it is a luxury product par excellence and is envied and appreciated in more than 160 countries.

Cognac represents a very high quality eau-de-vie from the American continent to the Far East via Europe, and symbolizes the "Art de Vivre" of France.

The extension of the vineyard
Due to an increasingly growing market in demand for eaux-de-vie, cognac exports have been growing steadily in recent years. In order to cover the growing needs, the players in the cognac sector are organising themselves around a plan to expand plantations in the Cognac vineyards. An increase of 10,000 hectares has been decided in line with the results of cognac exports and the evolution of demand.